The dangers of a noisy ocean and how we can quiet it down by Nicola Jonas.

Fueled by a limitless curiosity for science, Nicola Jones writes and edits stories about topics ranging from quantum physics to climate change, from animals to anthropology.

Nicola Jones was pursuing a chemistry and oceanography degree at the University of British Columbia when she discovered that she found it far more rewarding to write about science than to engage in research. After completing a master’s degree in journalism, she made her way to the science journal Nature in London, where she honed her skills reporting, writing and editing science news, features and commentary.

Jones now lives in British Columbia, where she edits essays for SAPIENS, writes about climate change and the environment for Yale Environment 360, covers Canadian science policy and global discoveries for Nature and writes and edits marine stories for Hakai Magazine — and attempts to raise two children with a sense of wonder, compassion and hope for the future.

TED Conferences LLC (Technology, Entertainment, Design) is an American media organization that posts talks online for free distribution under the slogan “ideas worth spreading”. TED was conceived by Richard Saul Wurman in February 1984 as a conference; it has been held annually since 1990. TED’s early emphasis was on technology and design, consistent with its Silicon Valley origins. It has since broadened its perspective to include talks on many scientific, cultural, political, and academic topics. It is curated by Chris Anderson, a British-American businessman, through the non-profit TED Foundation since July 1, 2019 (originally by the non-profit Sapling Foundation). 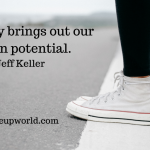 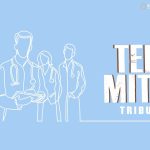