Adversity brings out our hidden potential.

About Jeff Keller in his words

I was born on May 21, 1976 at the Kaiser hospital in Redwood City, California. I was the first of two children, with the other being my younger sister Stephanie. My parents Ron and Sue, have roots in Ohio and Texas, respectively. Had I been born a few years earlier, I would’ve been Hawaiian!

I spent the first 18 years of my life in Foster City, a quiet suburb about 30 miles south of San Francisco. I went to Foster City Elementary School, where I did such things as place second in the spelling bee, get called “a loser who would never make it in life” by a substitute teacher (the whole class got that speech), and serve nasty food in the cafeteria. I was also a computer genius back then (hey, I started young), and was often called in to bail out the adults. In fact I was once called out of class by the principal to help! And finally, a guy named Samer threw up on me in 5th grade (talk about something you don’t forget!).

Grades 6-8 were spent at Bowditch Middle School. Aside from wrongful imprisonment in the detention room, there’s really nothing exciting to tell about those years.

When it came to going for college, I applied to ten places (if I recall correctly), including three private schools. The school I wanted to attend the most was Northwestern University (the other two privates were Rice and Pomona). Needless to say, I didn’t get in to any of the private schools, so I was left with the state schools. In the end, I had to decide between UCLA and UC San Diego, and I ended up choosing the latter.

Source: One of the Interview 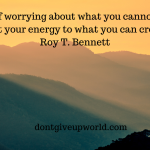 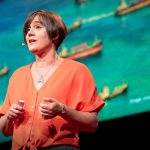