Sahabzade Irfan Ali Khan (7 January 1967 – 29 April 2020), known professionally as Irrfan Khan or simply Irrfan, was an Indian actor who worked in Hindi cinema as well as British and American films. Cited in the media as one of the finest actors in Indian cinema, Khan’s career spanned over 30 years and earned him numerous accolades, including a National Film Award, an Asian Film Award, and four Filmfare Awards. In 2011, he was awarded the Padma Shri, India’s fourth highest civilian honour. 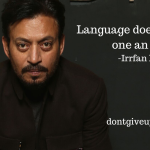 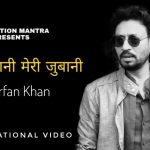