The inspiring story of Anjum Chopra can be a motivation for everyone. The first step onto the sacred stretch at 9 and international debut at 17. The year was 1995 when Indian women’s cricket was blessed with this young lady, Anjum Chopra. Coming from a sports background, this Delhite was all set to conquer and become the ultimate face of Indian Cricket.

The player with the Padma Shri and Arjuna award, a commentary Enthusiast and motivating author, Anjum Chopra is not just a name but an emotion that brings together millions of dreams and aspiring cricketers to pursue what they’ve been passionate about. According to her “Success is a journey, not a destination”. She is considered as the Goddess of Indian women’s cricket. Bringing to you the story of a sportsperson, an inspiring cricketer, a beautiful and great personality and a leader, millions look up to Anjum Chopra.

Born on May 20 1977, Anjum hails from New Delhi. She completed her schooling from Delhi Public School, R.K. Puram and later went to St. Stephen’s College, Delhi University. She holds an MBA degree from FORE School of Management with a dual specialization in Marketing and Human Resources. Not just cricket, Anjum was fascinated by all forms of sports. She started playing at an early age, representing her school and college in athletics, basketball, and swimming. She was also a member of the Delhi State basketball team that competed at nationals.

Chopra started playing cricket at the age of 9 and made her debut in one-day internationals at 17 against New Zealand at Christchurch. A few months later, she made her debut in Test cricket against England at Eden Gardens, Kolkata in 1995. A left-hand batswoman and right-hand medium-fast pace bowler, Anjum was given the captaincy of the Indian women’s team in the year 2002.

Under her leadership, India attained plenty of accolades. The team recorded their first overseas Test victory under Anjum’s captaincy.
Anjum Chopra is the first Indian woman to score a century for India; the first woman to play a hundred ODIs and the first to play in six World Cups for India, which includes four ODI World Cups and two T20Is. She is also the first captain to win a Test Series abroad (India won the test match in South Africa in 2002) and the First captain to record a series whitewash over England in 2002.

Many may not know that Sports run in her family. Anjum is the first woman cricketer from India to be awarded honorary life membership of the Marylebone Cricket Club (MCC). Anjum is the recipient of India’s fourth-highest civilian honour Padma Shri awarded to her in 2014. The government of India also awarded her the Arjuna Award in 2007 for her outstanding achievement in sports.

Anjum is a feminist. She has participated in many events to promote women in games. And has acted in a docudrama, “Poor Cousins of Million Dollar Babies”, a film that talks about how the girls are very happy playing the sport and enjoy the camaraderie despite the disparities between men’s and women’s cricket.

She was a participant at Fear Factor ‘Khatron ke Khiladi’ Season 4 which aired on the Colors channel. To promote the game, she has also walked the ramp with leading names of the fashion industry. Anjum is an inspiration to all the girls. Especially the young ones who aspire to pursue a career in sports but are not given equal opportunities, given the gender disparity that exists in our society.

Watch her Webinar on different strokes of Management at AIMA

Watch: 2 questions to uncover your passion

Anjum Chopra (born 20 May 1977) is an Indian cricketer. A sports girl from the start, the first time she stepped onto the cricket ground was at the age of 9. She played her first friendly match with the college girls’ team at the inter-college level, scoring 20 runs and taking 2 wickets. Later the same year she was selected to play for New Delhi in the under?15 tournament.

She played various sports at an early age, representing her school and college in athletics, basketball, and swimming. She was also a member of the Delhi State basketball team that competed at nationals.

Anjum made her debut in one-day internationals at the early age of 17, on 12 February 1995 against New Zealand at Christchurch, New Zealand, and made her debut in Test cricket a few months later against England at Eden Gardens, Kolkata, on 17 November 1995. In only her second series for India the same year, she was awarded player of the series in the one-day internationals against the visiting England cricket team, scoring runs at an average of 67.5.

She is a left-handed batswoman who bowls right-arm medium-fast. She has played in 12 Tests and 116 ODIs. She was coached by Sunita Sharma, Hardeep Dua and Tarak Sinha from Sonnet Club.

Carving out a niche in the male-dominated sport in the country, Anjum has begun to be recognized as the face of women’s cricket in India as a player, captain, consultant, motivational speaker, author, and actor.

Anjum belongs to a family of sportspeople:

Anjum is also a pet lover who loves to spend time with her pet dogs at her home.

Anjum Chopra is both a Test and One Day International cricketer who represented India women’s cricket team. She is currently working as a cricket commentator. She made her One Day International debut in 1995 against New Zealand at Christchurch. In the first ODI, she opened the bowling for India, giving 14 runs in her 4 overs. Going in to bat at No 10 for India, she had a crucial partnership of 11 runs to secure the victory for India.

She made her Test match debut in November 1995 against England in Calcutta. She was sent in as a nightwatchman against the English team in her very first Test match for India. Living up to her coach’s confidence in her she successfully batted till the next morning till lunch scoring 27 runs for her team.

Anjum was made Captain of the Indian team in 2002. In her first series as skipper, she led India with 7 debutants to a whitewash win over visiting England side, a record victory. The Indian team’s first tour of South Africa saw them record their first overseas Test win, with Anjum Chopra scoring a match-winning 80. Her astute captaincy and using the part-time bowlers got the team 20 South African wickets at Paarl.

In 2005 World Cup in South Africa, India reached the finals of the World Cup for the first time. She was the top scorer from India and was also the player of the match against England.

In 2009 World Cup in Australia, in a must-win game for India, Anjum scored 76 match-winning runs and bagged the player of the match award. India finished third at the World Cup behind England and New Zealand.

She has played 6 World Cups for India, including four 50-over World Cups and two T20 World Cups. She is the first player to play 100 ODIs for India. One of the strong fielders on the team and a safe pair of hands, she has held the highest number of slip catches for India. A right-arm medium-pace bowler, Anjum made her debut as an all-rounder, opening the bowling in her first ODI and batting at No 10. She is the eighth-highest run-getter in women’s ODIs.

Anjum has batted at almost all positions for her team, including opening if needed. She has scored against the best of bowling attacks of the world and is known to occupy the crease and bat for long hours. For example, batting in the 2000 World Cup in New Zealand against Ireland, India was reeling at 3 wickets down with 1 run on the board. She played a patient knock of 70 runs and won the match.

She is known to bat well under pressure and has played numerous knocks to perfection to get the victory. A quick runner between the wickets, her ability to convert ones to twos had been an outstanding feature of Anjum’s batting style.

In the corporate world, Anjum is a motivational and corporate speaker/consultant. An MBA Anjum has conducted training programs for globally recognised brands such as General Electric, Standard Chartered, Goldman Sachs, Vodafone, and various schools and colleges.

Anjum Chopra is a Delhi native who has played for the state since her Under-15 days. She has also represented Air India (her employers) for domestic matches where she emerged as the most successful skipper for the women’s team.

The 2011–12 cricket season saw her achieving victories for Delhi State. Captaining the team, Delhi won the national championship for the first time in history of the women’s game. She also went on to lead the North Zone team that won the Zonal championships the same year. In the T20 format, Delhi state finished as runner-up, ending the year as the “Best State Team”.

The President, Shri Pranab Mukherjee presenting the Padma Shri Award to Ms. Anjum Chopra, at an Investiture Ceremony-II, at Rashtrapati Bhavan, in New Delhi on April 26, 2014The President, Smt. Pratibha Patil presenting the Arjuna Award -2006 to Ms. Anjum Chopra for Cricket at a glittering function, in New Delhi on August 29, 2007

Anjum chopra co-authored the coffee table book titled Women’s Cricket World – A Journey from 1745- 2013. The book showcases the world history of the sport to its present-day under the International Cricket Council.

She has also acted in a docudrama, “Poor Cousins of Million Dollar Babies”. The film received national acclaim at the Arnold Sports Film Festival in Ohio in 2011. It talks about that despite the disparities between men’s and women’s cricket, the girls are very happy playing the sport and enjoy the camaraderie.

To promote the game, Anjum has also participated in a reality show, Fear Factor ‘Khatron ke Khiladi’ season 4, aired on the Colors channel. She has also walked the ramp with leading names of the fashion industry promoting the women’s game.

Anjum is a commentator/subject expert with Doordarshan and other leading news and sports channels. A sportscaster she represents women’s cricket on television analysing the game from a player’s perspective. She has also forayed into other sports, acting as a commentator for the World Kabaddi League in 2014 on Sony Six. 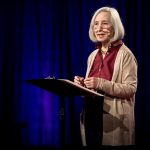 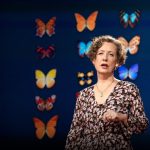