The galactic recipe for a living planet by Karin Oberg.

Karin Ingegerd Oberg is a Swedish astrochemist. She is a Professor of Astronomy at Harvard University and leader of the Oberg Astrochemistry Group at the Harvard-Smithsonian Center for Astrophysics.

During her time as an undergraduate, Öberg was a member of physical chemistry and astrochemistry research groups led by Dr. Jack Beauchamp and Dr. Geoffrey Blake, respectively.

Conducting research in these groups resulted in two publications for Öberg. Dr. Geoff Blake was especially influential to Öberg because he ushered her interest in astrochemistry, the field in which she researches today.

Öberg’s passion for astrochemistry was solidified when Dr. Blake took his group to visit the W.M. Keck Observatory in Hawaii.

After Öberg received her Ph.D. in 2009, NASA awarded her a Hubble Postdoctoral Fellowship. She used this funding to research at the Harvard-Smithsonian Center for Astrophysics until August 2012. During this time, she studied the radio astronomical observations of organic molecules in young stars, such as protoplanetary disks and protostars.

Next, Öberg worked at the University of Virginia as a visiting scholar and Assistant Professor of Chemistry and Astronomy until June 2013. At U.Va. Öberg conducted laboratory ice experiments and studied spatially- and spectrally-determined astronomical observations, both of which focused on the processes that take place during the chemical evolution of a planet or star.

Öberg returned to Harvard in July 2013 as an Assistant Professor of Astronomy. Here, she formed the Öberg Astrochemistry Group. This group conducts research at the Harvard-Smithsonian Center for Astrophysics.

Öberg is currently still working with this group in Cambridge, Massachusetts. Öberg serves on the board of the Society of Catholic Scientists. 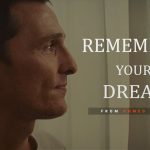 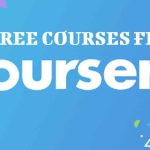