This story of change in Rajghat is very inspiring. It started in the year 2016 when Ashwani Parashar, who is doing MBBS from Rajasthan capital Jaipur, came to his home in Dhaulpur during Diwali holidays. Ashwani’s other medical, engineering and law colleagues were also at that time. Everyone decided that why not celebrate the joy of Diwali this time in a place where a smile can be brought on the face of the needy.

Till the year 2016, the situation in Rajghat Village in Dhopur Rajasthan was not good. Two years ago, 21-year-old MBBA student Ashwani Parashar reached Rajghat. Then what it did was, it did not take long to change the village Rajghat fortune and change the picture. On seeing the filter water system was installed in every house of Rajghat. The houses started illuminating with solar energy. The pipeline for pure drinking water was poured and the dream of the road is also nearing completion.

Ashwani Parashar and about 15 of his friends collected 8-9 thousand rupees and reached Rajghat on the Chambal shore via four vehicles through bumpy roads, deep ditches, and trails. Came here for the first time. The situation in this village was worse than any Dhani. After celebrating Diwali with the villagers and starting a discussion on their problems in general, the villagers told that they are not getting even pure drinking water. Many times, the corpses flowing into the Chambal River are forced to remove the dead bodies. Other basic amenities are also denied. After this, all friends returned to their homes.

After celebrating Diwali holidays, Ashwani started studying for MBBS after coming to Jaipur, but in the heart, the bodies of the villagers were removed and the drinking water went home. It was felt that things like Right to Education, Right to Information are happening in the country and people of Rajghat did not even get Right to Life. In Rajghat, the government got a hand pump and a government school up to the 5th and did something. Hand pump water was 16 TDS, which was saline. The villagers were working in clothes instead of drinking that water.

In such a situation, Ashwani wrote a letter to Prime Minister Narendra Modi and explained the whole situation. In December 2016, the reply from the PMO came not only to the letter but in January 2017, a team of 15 officials including Dholpur Collector List Tyagi, SP Rajesh Singh, SDM Manish Faujdar and Engineers of Power-Water Department also reached the village Rajghat. This was the first time that such a large number of officers had arrived to take care of Rajghat. After Rajghat’s story was published by many media institutions across the country. Many NRIs also came forward to help Rajghat by reading the story. The Norwegian Indian Norwegian community sent a message that millions are ready to help. 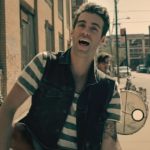 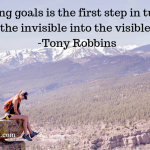