Three Steps to Transform Your Life by Lena Kay is a wonderful TED talk where she enthrals us about fundamentals steps to be taken to change our life.

But first I want to tell you a story about a little Kurdish boy, who was a refugee. Bonen Arbil – the doctors told his mother that he had died in her belly and that he would be stillborn. His mother gave birth, the doctor announced him dead and walked out the room. A nurse came in, slapped him a few times and he started to cry. A few years later, when Saddam bombing the Kurds with chemical warfare, the little boy’s family decided to flee to Europe. They went horse-back through mountains, they smuggled into Iran, and eventually, ended up in London as refugees of war.

He went to school, college, university. And by that time his family were working class and weren’t the wealthiest, so he got a part-time job while he was in university, because London is one of the most expensive cities in the world to live in. The company he was working for saw leadership skills in him. They offered him money to leave university. He did. He managed ten gambling establishments in London. And he’d done that for several years before he moved on to business banking. And again, they saw leadership skills, and they promoted him to be team leader. Everything looked good on the outside. but on the inside, there was a storm brewing. 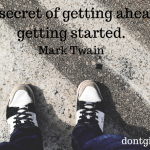 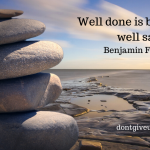