Watch this Ted Talk – Overcome Challenges where Dean Furness motivates you to stop comparing yourself to others.

“Everything that I had learned and had known about my height, and my strength, and my balance, and my mobility, blown away,” he says. “My entire personal average reset. Now you can be sure in those days I was being measured more than ever. By the doctors and nurses, for sure, but maybe more so in my own mind. And I found myself comparing what I thought I was going to be able to do going forward. With what I was once able to do. And I became pretty frustrated.”

“I soon realized I almost had to forget about the person I was before. And the things I was able to do before. I almost had to pretend it was never me. And I’m afraid if I had not made that realization, my frustration would have turned into something much harder to recover from.”

As Furness continued his rehab, he explains that he would have good days and bad days. “What I found out is that good and bad didn’t have a lot of meaning unless I had the context of knowing what my average was. It was really up to me to decide if something was bad or good, based on where I was at that point in time. It was in my control to determine if it really was a bad day, in fact it was my decision on whether or not I could stop a streak of bad days.”

Through training for and participating in a wheelchair half marathon, a “door closed” behind Furness; his goal became less about walking again, and he began to research wheelchair racing instead. “I’d learned my lesson,” he says. “I was really careful not to compare [myself] with how accomplished those people on the internet were, and how fast they were, because if I had, I would never have continued going through it.” 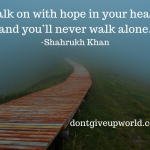 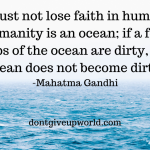