Prateek Kuhad is an Indian singer-songwriter and a musician who makes independent music. He has gained international notice since his 2015 debut album, In Tokens and Charms.

Prateek grew up in the city of Jaipur before moving to the United States for college. After graduating from New York University, he returned to India, releasing a pair of EPs before releasing his debut album.

The album earned Kuhad an MTV Europe Music Award, Indie Album of the Year honors from iTunes, Best Pop Artist at the Radio City Freedom Awards, and first place in the prestigious International Songwriting Competition.[1] Sold-out headline dates followed, as did arena support slots with Alt-J and Mike Posner, and soon Kuhad was performing around the world.When he landed in Austin for the first time, NPR selected him as an artist to watch among the thousands showcasing at SXSW.

Karwaan is a 2018 Indian Hindi-language roadcomedy-drama film written and directed by debutant Akarsh Khurana, and produced by Ronnie Screwvala and Priti Rathi Gupta. The film stars Irrfan Khan, Dulquer Salmaan and Mithila Palkar. It marks the Bollywood debut of Salmaan, and was also Khan’s penultimate film before his death in April 2020. It was released on 3 August 2018 and received mixed-to-positive reviews from critics. 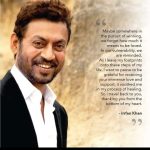 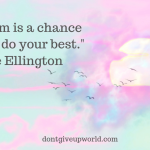