Watch the this full video by TED to know what Bill Gates has to say about Corona Virus Pandemic. Through this virtual interaction as a part of TED Connect Series Bill Gates expressed his views on various topics.

William Henry Gates III (born October 28, 1955) is an American business magnate, software developer, investor, and philanthropist. He is best known as the co-founder of Microsoft Corporation.

During his career at Microsoft : Bill Gates held the positions of chairman and chief executive officer (CEO) plus the president and chief software architect.

He also held the largest individual shareholder until May 2014.

Bill is one of the best-known entrepreneurs and pioneers of the microcomputer revolution of the 1970s and 1980s.

It went on to become the world’s largest personal computer software company.

Bill Gates led the company as chairman and CEO until he stepped down as CEO in January 2000.

In June 2006, Gates announced that he would be transitioning to a part-time role at Microsoft.

And started performing the full-time role at the Bill & Melinda Gates Foundation, the private charitable foundation that he and his wife, Melinda Gates, established in 2000.

He gradually transferred his duties to Ray Ozzie and Craig Mundie. Bill Gates stepped down as chairman of Microsoft in February 2014 and assumed a new post as technology adviser to support the newly appointed CEO Satya Nadella. 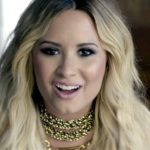 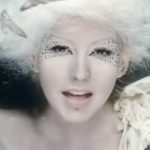