It is said that the Mughals were humbled in victory that day at Haldighati and Rana obtained a glorious defeat. Mansingh narrowly escaped the spear of Rana. Mughals by far out numbers Rana’s men. Tired and wounded Rana was headed for a certain death. At that juncture, a valiant warrior in Rana’s army, named Jhala came to his rescue. Battling fiercely on his horse, he approached Rana and took Rana’s insignia on to himself. Mughals mistaking Jhala for Rana, attacked him with full force. Jhala sacrificed his life but saved Rana’s life to continue the struggle. Rajiv K. Saxena 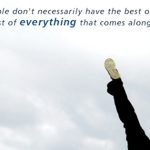