Previous Next
Life and Death

Life and Death are the one thread and the same line viewed from different sides. A person who lives fully is prepared to die at any time !!

Death is something no one can escape from. It follows life as surely as night follows day, winter follows autumn or old age follows youth. People make preparations so that they won’t suffer when winter comes. They prepare so they won’t have to suffer in their old age. Yet how few people prepare for the even greater certainty of death!

Modern society has turned its gaze away from this most fundamental issue. For most people, death is something to be feared, to be dreaded, or it is seen as just the absence of life – blankness and void. Death has even come to be considered somehow “unnatural.”

What is death and what becomes of us after we die? We can try to ignore these questions. Many people do. But if we ignore death, I believe that we are condemned to live a shallow existence, to live “hand to mouth” spiritually. We may assure ourselves that we will somehow deal with death “when the time comes.” Some people keep busily engaged in a constant stream of tasks. In order to avoid thinking about the fundamental issues of life and death. But in such a state of mind, the joys we feel will ultimately be fragile, shadowed by the inescapable presence of death. It is my firm belief that facing the issue of death can help bring real stability, peace and depth to our lives.

What, then, is death? Is it just extinction, a lapse into nothingness? Or is it the doorway to new life, a transformation rather than an ending? Is life nothing more than a fleeting phase of activity preceded and followed by stillness and nonexistence? Or does it have a deeper continuity, persisting beyond death in some form or other?

Buddhism views the idea that our lives end with death as a serious delusion. It sees everything in the universe, everything that happens, as part of a vast living web of interconnection. The vibrant energy we call life which flows throughout the universe has no beginning and no end. Life is a continuous, dynamic process of change. Why then should human life be the one exception? Why should our existence be an arbitrary, one-shot deal, disconnected from the universal rhythms of life?

We now know that stars and galaxies are born, live out their natural span, and die. What applies to the vast realities of the universe applies equally to the miniature realms of our bodies. From a purely physical perspective, our bodies are composed of the same materials and chemical compounds as the distant galaxies. In this sense, we are quite literally children of the stars.

The human body consists of some 60 trillion individual cells, and life is the vital force that harmonizes the infinitely complex functioning of this mind-boggling number of individual cells. Each moment, untold numbers of cells are dying and being replaced by the birth of new cells. At this level, daily we experience the cycles of birth and death.

On a very practical level, death is necessary. If people lived forever, they would eventually start to long for death. Without death, we would face a whole new array of problems–from overpopulation to people having to live forever in aged bodies. Death makes room for renewal and regeneration.

Death should, therefore, be appreciated, like life, as a blessing. Buddhism views death as a period of rest, like sleep, by which life regains energy and prepares for new cycles of living. Thus there is no reason to fear death, to hate or seek to banish it from our minds.

Death does not discriminate; it strips us everything. Fame, wealth and power are all useless in the unadorned reality of the final moments of life. When the time comes, we will have only ourselves to rely on. This is a solemn confrontation that we must face armed only with our raw humanity, the actual record of what we have done, how we have chosen to live our lives, asking, “Have I lived true to myself? What have I contributed to the world? What are my satisfactions or regrets.”

To die well, one must have lived well. For those who have lived true to their convictions, who have worked to bring happiness to others, death can come as a comforting rest, like the well-earned sleep that follows a day of enjoyable exertion.

I was impressed a few years ago to learn of the attitude of a friend of mine, David Norton, professor of philosophy at the University of Delaware, toward his own approaching death.

When he only seventeen, the young David had become a “smoke jumper,” a volunteer firefighter who parachuted into inaccessible areas to cut trees and dig trenches to keep fires from spreading. He did this, he said, in order to learn to face his own fear.

When, in his mid-sixties, he diagnosed with advanced cancer, he faced death head-on and found that the pain did not defeat him. Nor did he find dying a lonely or solitary experience, according to his wife, Mary. She later told me that he felt surrounded by all his friends and said that her husband had faced death without fear, regarding it as “another adventure; the same kind of test as facing a forest fire.”

“I guess the first thing about such an adventure,” Mary said, “is that it’s an opportunity to challenge yourself. It’s getting yourself out of situations that are comfortable, where you know what goes, and where you don’t have to worry. It’s an opportunity to grow. It’s a chance to become what you need to be. But it’s one that you must face without fear.”

Don’t Be Afraid, Enjoy your Present

An awareness of death enables us to live each day-each moment-filled with an appreciation for the unique opportunity we have to create something of our time on Earth. I believe that in order to enjoy true happiness, we should live each moment as if it were our last. Today will never return. We may speak of the past or the future, but the only reality we have is that of this present instant. And confronting the reality of death actually enables us to bring unlimited creativity, courage and joy into each instant of our lives. 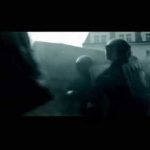