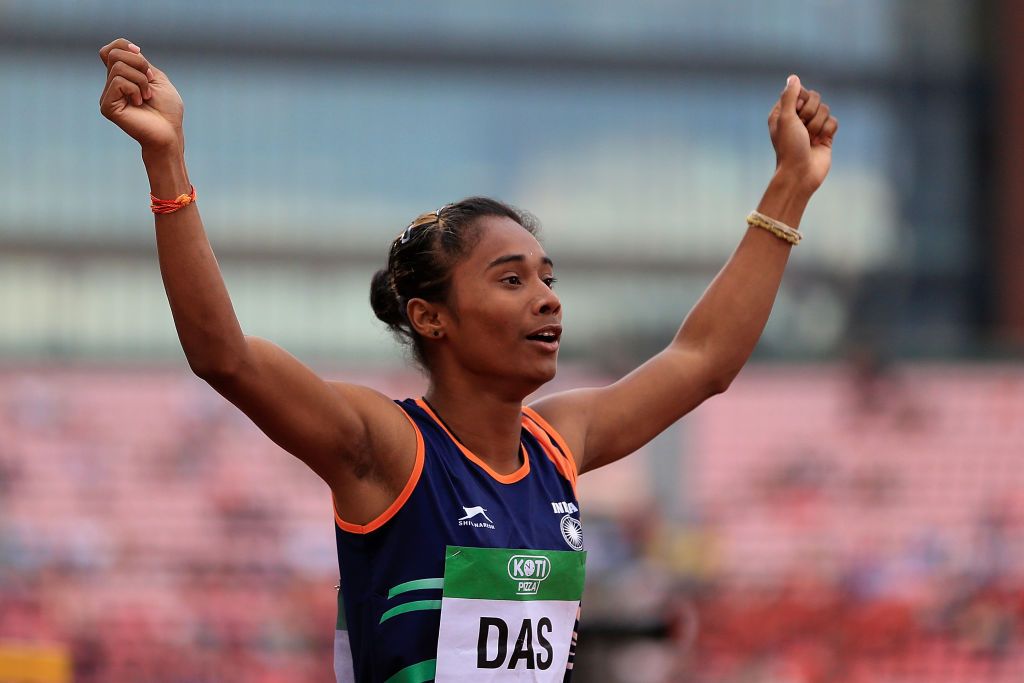 Hima Das, also known as the “Dhing Express”, is an Indian sprint queen from Assam. She belongs to the Keot community, an indigenous community of Assam. Her parents, Jonali Das and Ronjit Das are rice farmers. Initially, Hima was interested in football. She has played for many local clubs as a striker. However, she opted for sprint running in 2016 at the advice of her school teacher. The 19-year-old holds the current Indian national record in 400 meters with a timing of 50.79 seconds that she clocked at the 2018 Jakarta Asian Games, Indonesia. Das is also the first Indian athlete to ever win a gold medal in a track event at the IAAF World U20 Championships.

Aged only 18, Hima Das was conferred with the Arjuna Award by President, Shri Ram Nath Kovind in 2018 for excellence in Athletics, in a glittering ceremony, at Rashtrapati Bhavan, New Delhi on September 25, 2018. The Government of Assam further appointed her as the state’s brand ambassador for sports. Furthermore, the Indian government would provide Hima Das ‘end-to-end’ funding until the 2020 Tokyo Olympics.