How you can help save the butterfly and the planet by Mary Ellen Hannibal.

About Mary Ellen Hannibal: Science writer and speaker Mary Ellen Hannibal serves as an ambassador between scientists and a general audience. Her book Citizen Scientist: Searching for Heroes and Hope in an Age of Extinction was named one of the best titles of 2016 by the San Francisco Chronicle. Prompted by her novelist father’s sudden death, she connects the activity of bearing witness to nature today with a broad inquiry into time, place and purpose.
Hannibal’s previous books include The Spine of the Continent. Her work has appeared in the New York Times, Science, Anthropocene, Nautilus and many other publications. 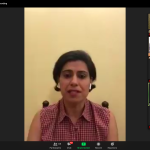 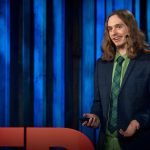