for Most Light Orbs in a Photograph

We are pleased to inform you that a group of six Indian Light Painters broke a world record in the domain of light painting photography by creating 900 light orbs.The record, which was attempted on July 26, 2015, was recognized on January 9th, 2016  by  Guinness Book of World Records.This record was previously set by a group of 12 from USA, who were all professionals, by creating 200 light orbs in the year 2014.
The group of these talented Indians, who on the other hand were all amateurs and hail from different cities across India, coming from different professional backgrounds, gathered at Ambala Cantt, Haryana to break this world record. The group also achieved an edge over the previous record holders in monetary term by investing much less in the process.
The group includes Ambala Cantt’s Satwik Sharma, Ankur Bansal & Sanchit Kapoor, Arun Pandit of Kullu,  Shobhit Tiwari  of Jaipur, and Jeswin Rebello of Coimbatore.
Check out the glimpses of the record breaking attempt below :

This was one Light Painting Project, that was kept under the wraps for a long long time. Other than a very selected few people no one other than there families knew of this project.

It took months of planning, weeks of preparations, multiple iterations and failed trials before they were able to achieve this remarkable feet .

A lot of people were instrumental in making this record come true . The team is thankfull to

Deepali Pandit , Parisha Tyagi and Manoj Sharma for being the professional witness for the record attempt.

We are proud to inform that our core team member Satwik Sharma and Arun Pandit were also part of this record breaking team. 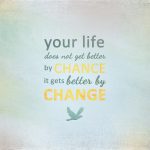 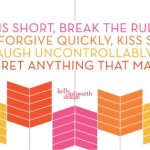