The story of Mansi Joshi is shown her determination and hard work. After losing her left leg in an accident in 2011. She also broke her arms and sustained multiple other injuries. It took over three hours for Manasi to be transported to a hospital, and she finally made it into the operation theatre 10 hours after she met with the accident. She was in the operating room for another twelve hours and ended up with an amputated left leg due to gangrene.

Manasi took up badminton as a way to stay fit. Although she started playing the sport at a young age, it was not something that she perceived as a profession. She is graduated from K J Somaiya College of Engineering, University of Mumbai in 2010 and her father, a retired scientist from Bhabha Atomic Research Centre. Manasi by profession was a software engineer and badminton became her way of staying fit despite sitting at the desk every day.


Earlier in 2015, he won the silver medal in mixed doubles at the Para World Championship. Then the dream of winning the gold medal began to develop in his eyes. Then it was achieved on 25 August in 2019.

Mansi expressed happiness on her Facebook page after the victory. He wrote- ‘I have worked hard for this and I am very happy that the sweat and hard work put into it has paid off. This is the first gold medal in the World Championship. Mansi also thanked his coaching staff of Gopchand Academy for this. Along with this, he also thanked Gopichand. He wrote – ‘Gopi sir thank you very much for being present for every match.’ 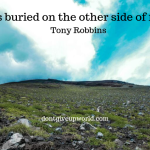 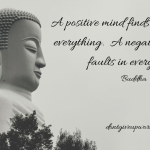