THE AFTERMATH OF COVID-19
For starters, not all of us have siblings who are doctors & who can give us a scare, time & again while providing authentic information about what really should be our priority points.

The first thing my brother, who is a doctor, told me today was that, it’s not the 21 day lock down that matters, it’s what we do on day 22.

So here’s what’s going to happen:

I’m telling you exactly what’s going to happen on day 22, India is going to forget that we are in the middle of a pandemic, a damn global crisis & everyone is going to get back to their normal lives, leaving behind the masks, sanitizers & forgetting to maintain extreme personal hygiene because hey! We’ve found a cure to the virus, we stayed home for 21 days, now let’s forget it and move on.

This is the reason there are high chances of a second wave of the virus spreading like wild fire into the country. If you don’t believe me, you can check the statistics of this virus called the N1H1 which arose in 2009, where in the exact same thing occurred. As soon as it was contained and people went back to their normal lives, there was a second wave.

So technically 21 days of Quarantine is going to be absolutely useless unless we educate the people about what exactly is to be done on day 22 because otherwise there is a possibility of another lock-down being declared. We definitely don’t want that.

So here’s what we can do:
A) We act wisely & use our common sense by doing the most basic things; don’t go partying on day 22; try to follow all the instructions you did for the last 4 weeks to the maximum extent; please don’t forget, this is not the end of the virus, this is only the beginning of the end.
B) We educate & spread awareness about the after effects to people who do not have access to resources & information by sharing this article.
C) We use this as an official petition urging the government to take into consideration the above points before announcing any further instructions after the lock down is over.
D) We persuade the government to let the lock-down downsize in separate stages :
~ For example from day 22 say for another week only the essential services shall be open like banks, grocery stores & the frequency of public transportation shall be minimal
In the next week the frequency can be increased after monitoring the effects of the spread ~ the public shall be urged to avoid assembling in large numbers and practice social distancing
~ All public places like theaters, malls, parks shall be the last priority to be open for the public.

If we genuinely understand the seriousness of the issue & come together as a single voice in these times of crisis, we can make a huge difference in the lives of 1.3 billion Indians.
I’m just a regular kid who’s paranoid about the virus & who really wants to make a difference. 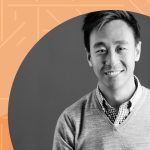 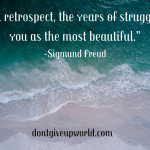