Quote by Paulo Coelho | Giving Up

If you feel like giving up, remember why you held on for so long in the first place.

Quote by Paulo Coelho | Giving Up

Paulo Coelho de Souza (born 24 August 1947) is a Brazilian lyricist and novelist, best known for his novel The Alchemist. In 2014, he uploaded his personal papers online to create a virtual Paulo Coelho Foundation.

Paulo Coelho was born in Rio de Janeiro, Brazil, and attended a Jesuit school. As a teenager, Coelho wanted to become a writer. Upon telling his mother this, she responded, “My dear, your father is an engineer. He’s a logical, reasonable man with a very clear vision of the world.

Do you actually know what it means to be a writer?” At 17, Coelho’s parents committed him to a mental institution from which he escaped three times before being released at the age of 20. Coelho was born into a Catholic family, and his parents were strict about the religion and faith. Coelho later remarked that “It wasn’t that they wanted to hurt me, but they didn’t know what to do…

They did not do that to destroy me, they did that to save me.” At his parents’ wishes, Coelho enrolled in law school and abandoned his dream of becoming a writer. One year later, he dropped out and lived life as a hippie, traveling through South America, North Africa, Mexico, and Europe and started using drugs in the 1960s

Upon his return to Brazil, Coelho worked as a songwriter, composing lyrics for Elis Regina, Rita Lee, and Brazilian icon Raul Seixas. Composing with Raul led to Coelho being associated with magic and occultism, due to the content of some songs.

He is often accused that these songs were rip-offs of foreign songs not well known in Brazil at the time. In 1974, by his account, he was arrested for “subversive” activities and tortured by the ruling military government, who had taken power ten years earlier and viewed his lyrics as left-wing and dangerous. Coelho also worked as an actor, journalist and theatre director before pursuing his writing career. 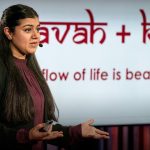 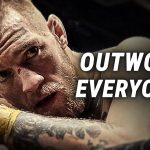