Quote on Milestone by Sachin Tendulkar

People throw stones at you and you convert them into milestones.

Quote on Milestone by Sachin Tendulkar

Sachin Ramesh Tendulkar (born 24 April 1973) is a former international cricketer from India and a former captain of the Indian national team. He is widely regarded as one of the greatest batsmen in the history of cricket.

Tendulkar took up cricket at the age of eleven, made his Test debut on 15 November 1989 against Pakistan in Karachi at the age of sixteen, and went on to represent Mumbai domestically and India internationally for close to twenty-four years. In 2002, halfway through his career, Wisden Cricketers’ Almanack ranked him the second greatest Test batsman of all time, behind Don Bradman, and the second greatest ODI batsman of all time, behind Viv Richards.

Later in his career he was a part of the Indian team that won the 2011 World Cup. His first win in six World Cup appearances for India. He had previously been named “Player of the Tournament” at the 2003 edition of the tournament held in South Africa. In 2013, he was the only Indian cricketer included in an all-time Test World XI named to mark the 150th anniversary of Wisden Cricketers’ Almanack. He is colloquially known as Little Master or Master Blaster. 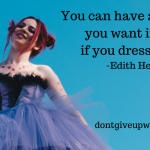 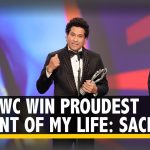