The key to growth is the introduction of higher dimensions of consciousness into our awareness.

Lao Tzu also rendered as Laozi  commonly translated as “Old Master”) and Lao-Tze , was an ancient Chinese philosopher and writer. He is the reputed author of the Tao Te Ching, the founder of philosophical Taoism, and a deity in religious Taoism and traditional Chinese religions.

A semi-legendary figure, Lao Tzu was usually portrayed as a 6th-century BC contemporary of Confucius, but some modern historians consider him to have lived during the Warring States period of the 4th century BC. A central figure in Chinese culture, Laozi is claimed by both the emperors of the Tang dynasty and modern people of the Li surname as a founder of their lineage. Laozi’s work has been embraced by both various anti-authoritarian movements and Chinese Legalism.

otential officials throughout Chinese history drew on the authority of non-Confucian sages, especially Laozi and Zhuangzi, to deny serving any ruler at any time. Zhuangzi, Laozi’s most famous follower in traditional accounts, had a great deal of influence on Chinese literati and culture.

Political theorists influenced by Laozi have advocated humility in leadership and a restrained approach to statecraft, either for ethical and pacifist reasons, or for tactical ends. In a different context, various anti-authoritarian movements have embraced the Laozi teachings on the power of the weak.

Laozi was a proponent of limited government. Left-libertarians in particular have been influenced by Laozi – in his 1937 book Nationalism and Culture, the anarcho-syndicalist writer and activist Rudolf Rocker praised Laozi’s “gentle wisdom” and understanding of the opposition between political power and the cultural activities of the people and community. In his 1910 article for the Encyclopædia Britannica, Peter Kropotkin also noted that Laozi was among the earliest proponents of essentially anarchist concepts. More recently, anarchists such as John P. Clark and Ursula K. Le Guin have written about the conjunction between anarchism and Taoism in various ways, highlighting the teachings of Laozi in particular. In her rendition of the Tao Te Ching, Le Guin writes that Laozi “does not see political power as magic. He sees rightful power as earned and wrongful power as usurped… He sees sacrifice of self or others as a corruption of power, and power as available to anyone who follows the Way. No wonder anarchists and Taoists make good friends.” 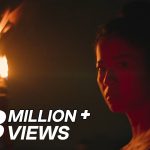 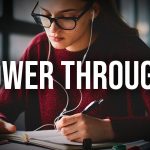