As Managing Director and Chief Financial Officer, Kant will be responsible for financial and risk management of the World Bank Group, reporting to the President. “I am very pleased to appoint Anshula Kant as World Bank Group Managing Director and CFO. Anshula brings more than 35 years of expertise in finance, banking, and innovative use of technology through her work as CFO of the State Bank of India. I look forward to welcoming her to our management team as we work to increase our effectiveness in supporting good development outcomes,” Malpass said. “

Anshula Kant joined State Bank of India in the year 1983 as a Probationary Officer.  Her commitment towards her work took her to the top, and she became the MD.  She was Deputy MD of operations for National Banking Group. In fact, she also served as a Chief General Manager of Mumbai SBI. She is the MD and member of Board at SBI since 2018. Notably, during her working tenure, the State Bank of India witnessed an improvement in its asset quality as gross non- performing assets reduced to 7.53 percent of gross advances at the end of March 2019 against 10.91 percent by the end of March 2018.

Anshula Kant graduate from Lady Shri Ram College of Commerce in Economics honors in 1978, and a postgraduate from Delhi School of Economics in Economics in 1981. She is also a Certified Associate of the Indian Institute of Bankers in 1990. Anshula’s husband is a Chartered Accountant. She has two kids. Her daughter is based in Singapore and son is based in the US. She is originally from Roorkee and moved to Varanasi after her marriage. 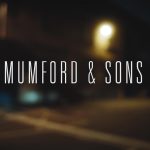 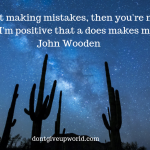