There is another girl who created history from Wayanad itself. Shreedhanya Suresh, First tribal girl from Kerala, who cleared the IAS exam. At the age of 22, Sreedhanya gave the first appointment of UPSC (Union Public Service Commission). He finally got his 410th rank in the third exam. In 2019. But it was not easy for Sreedhanya to create this history.

Her father used to work in MNREGA. And the rest of the time used to sell bow and arrow. He got a small amount of land from the government to build the house, but due to lack of money, he could not even get it completed. Sreedhanya was living in the same house with her parents and two siblings.

She graduated from St. Joseph’s College, Kozhikode in zoology. Post graduation was also done from there. She then started working as a clerk in the Scheduled Tribes Development Department of Kerala. After that he worked as a warden in a tribal hostel in Wayanad.

When Sreedhanya was selected for interview in the third Attempt, he did not even have the money to go to Delhi. Somehow his friends raised Rs 40,000 together. Then she was able to come to Delhi. 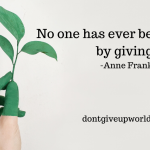 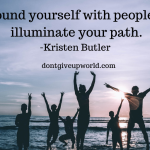