Watch the full video where Diego Prilusky introduces the next chapter in movie making in this TED talk: volumetric video, a 360-degree experience powered by hundreds of cameras that capture light and motion from every angle.

As head of Intel Studios, Diego Prilusky is ushering in the next revolution in visual storytelling: volumetric video, which aims to recreate reality as a cinematic experience.

Developing the next generation of experiences for interactive and immersive media, Diego Prilusky founded Intel Studios, a production powerhouse in the Los Angeles area, to drive innovation and adoption of volumetric video and establish new technologies and methodologies for filmmaking.

Prilusky has an extensive background in technology, storytelling and design. The media entrepreneur has been recognized with two Emmy awards for innovation of large-scale volumetric video capture in live sports and has held creative leadership roles at several visual effects (VFX) studios, creating visual effects and animation for award-winning feature films.

TED Conferences LLC (Technology, Entertainment, Design) is an American media organization that posts talks online for free distribution under the slogan “ideas worth spreading”. TED was conceived by Richard Saul Wurman in February 1984 as a conference; it has been held annually since 1990. TED’s early emphasis was on technology and design, consistent with its Silicon Valley origins. It has since broadened its perspective to include talks on many scientific, cultural, political, and academic topics. It is curated by Chris Anderson, a British-American businessman, through the non-profit TED Foundation since July 1, 2019 (originally by the non-profit Sapling Foundation). 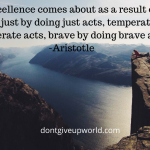 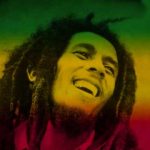