Legs On Everest : the full story of his most remarkable adventure yet . 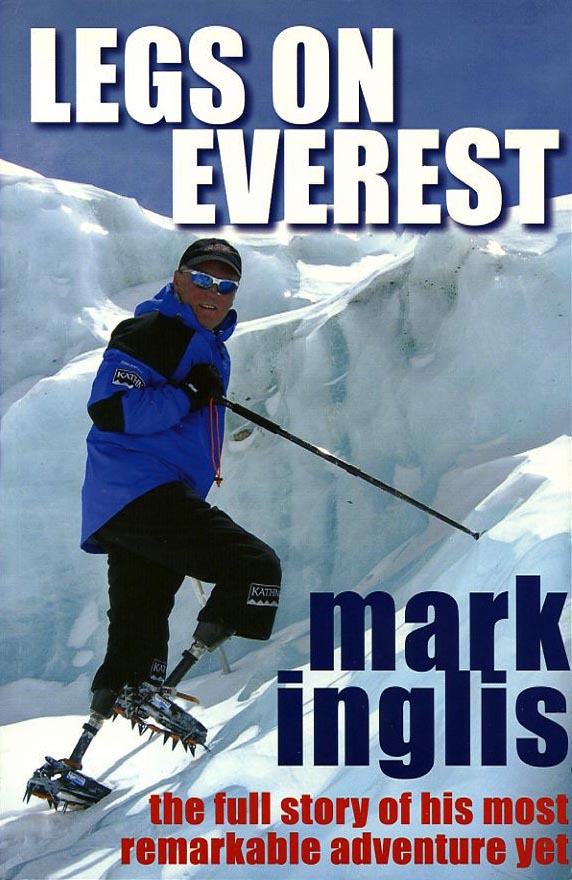 by Mark Inglis. Published 2006. After losing his legs below the knees to frostbite, Mark Inglis tells his day-by-day story of climbing Cho Oyu in 2004 and Mount Everest from the North in 2006, both with Russel Brice of HIMEX. He provides brief overviews of the structure of an expedition, Cheyne Strokes breathing, oxygen and altitude, the Everest north and south climbing routes, diarrhea, and mountain sickness. There are 16 pages of colour photos, 4 pages on Cho Oyu.

Inglis describes the daily life on an expedition including the mundane stuff like sleeping, eating, drinking beer, doing laundry, and using the toilet at high altitude. “Whisky with honey is the order of the day, though it’s a beer for me after that as after one whisky I was just about legless – wrong, I was legless.”

Inglis acclimitizes at Base Camp, Advanced Base Camp, and then climbs to Lake Camp and Camp 1. “Three steps before camp 1 I hear the dreaded ‘ping’, one of the two ‘ankle joint’ bolts shears and one of my feet goes seriously floppy. … Ten minutes of work and the broken leg is fixed. Try doing that with bones, you guys. … I’m now at 6350 metres. What an awesome place! I’m sorry if ‘awesome’, ‘fantastic’, ‘amazing’ seem to litter the text, but it really is that sort of place.” 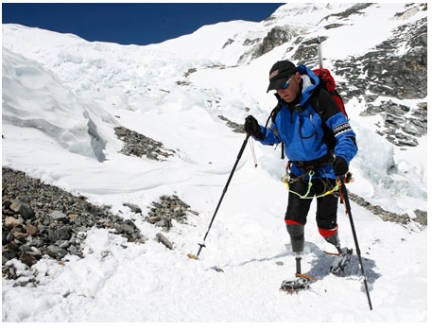 After spending nine days at Camp 1, Inglis starts for the summit on September 27, 2004, his 45th birthday. “After a few hours of climbing it flattens off to the summit plateau, a huge area the size of several football fields – so where the hell is the real top? Just follow the footprints, and sure enough, just after 8am we come to the streaming prayer flags that mark the summit. .. Look out Everest – I know damn well I can stand on your summit if you let me.”

This book is a simply fun read. Mark Inglis writing is entertaining, funny, positive and direct. The photos are good. 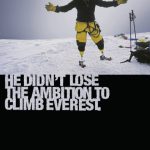