The 19-year-old Gopal, who lives in Dhruvganj village in Bhagalpur, Bihar, has turned down NASA‘s offer 3 times. US President Donald Trump also invited him, but he did not budge. He said that serving the country is my goal.

Gopal has decided to help 100 children in the country every year. Gopal started this work in 2019. He also got a provisional patent for the inventions done by 8 children. Currently, Gopal is testing in the lab of the Government Graphic Era Institute, Dehradun. He will make a lab in Jharkhand and do research there.

Gopal studied at Model High School Tulsipur up to 12th standard. He received the Inspired Award for the invention of Banana Bio Cell in 2013-14. He was in the tenth standard then. His village was flooded in 2008. Everything was ruined.

His father Premaranjan Kunwar, a farmer, said that I will not be able to teach you after the tenth standard. Gopal did not give up. He thought about doing something to get a scholarship. On 31 August 2017, Gopal met PM Modi. The PM sent him to NIF, Ahmedabad. He made 6 inventions there. He is now named among the 30 Startup Scientists in the world. The world’s largest science fair is going to be held in Abu Dhabi in April. It will include 6000 scientists. Gopal will be the chief speaker in it. 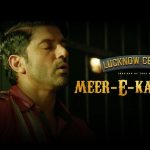 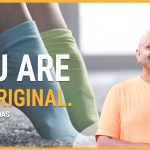