Unstoppable by Sandeep Maheshwari is an animated story of two friends who work tirelessly to achieve their dreams. 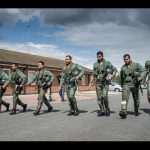