The story of sacrifice of Gauri Trivedi IAS Officer 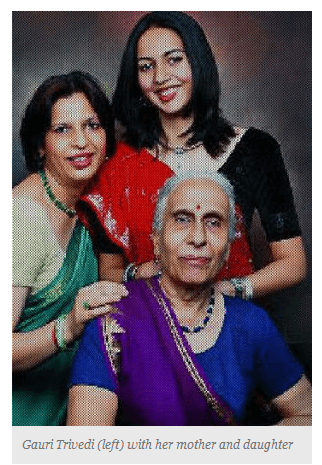 Dedicated to Every Mother – Every Woman

Gauri Trivedi (52) is no ordinary daughter. She is the first woman from Gujarat to become an IAS officer and was appointed to the Karnataka cadre in 1986. Feisty Gauri gave her best shot to work for 20 years, holding a number of key positions, including revenue commissioner.

Then in 2006 she got a call that her mother, Geetaben, had fallen and broken her hip joint, leaving her bedridden. Her father, senior cardiac surgeon Dr S A Trivedi, was already bedridden due to a hip fracture. Gauri’s love for her mother preceded all professional ambition. She resigned and returned to Ahmedabad.

“People often ask me if it was difficult to give up my career. But for me, the call to be with my mother was so strong that quitting was easy,” says Gauri, who stays with her parents in Usmanpura.

Gauri was a star babu in Karnataka with locals often launching protests if she was transferred. Currently, she is mentoring Gujarat’s youth for the civil services at the Sardar Patel Institute of Public Administration (SPIPA). She took the assignment when the then Karnataka chief minister B S Yeddyurappa on a visit to Gujarat told Narendra Modi about Gauri’s achievements.

“The Karnataka government offered me a separate home for my parents and all the help needed. But I knew that no domestic help can replace my love. Just like my mother had been there for me, I wanted to hold her hand when her feet became wobbly”, Gauri said.

Her care shone through about four years ago when her mother was given a standing ovation for being the oldest Indian woman to complete the Parikrama of Kailash at 82 years after the hip surgery. “While she walked through some parts, I carried her at times,” says the modern-day lady Sharavan.

Gauri is the third of the four children of the Trivedis. Her three brothers live in the US and Singapore. “My mother never discriminated against me for being a girl child among three sons. She gave me equal opportunities and became the wind beneath my wings when I wished to become an IAS officer,” she said. 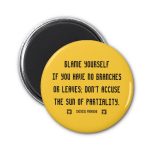 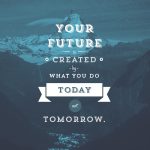