Major Ponung Doming from Arunachal Pradesh was promoted to the rank of Lieutenant Colonel, making her the first woman from the state to reach this milestone. CM of Arunachal Pradesh, Pema Khandu congratulated her on her achievement on twitter.

Ponung Doming is the daughter of Olom Doming and Jimmi Dai Doming, and hails from GTC, Pasighat, under the East Siang district. She did her schooling from Govt. Daying Ering Higher Secondary School, and graduated from grade 12 at IGJ Govt. Higher Secondary School, both in Pasighat. In 2005, she studied civil engineering from Walchand College of Engineering, Maharashtra. After she graduated, she worked at L&T Kolkata for two years, while preparing for the Service Selection Board, Allahabad.

In 2008, she made her way into the Indian army and joined the Officers Training Academy, Chennai. In 2013, she rose to the position of Major, becoming the first woman from Arunachal Pradesh to do so. In 2014, Ponung Doming also briefly joined the United Nations Peacekeeping Force mission in 2014 in Congo.

On her achievement, we wish a lot of success and more power to her. 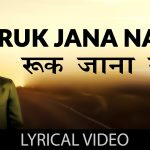 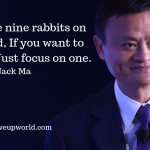