evenarresting Anna and throwing him in prison… but the man fought on relentlessly.

He started a’satyagraha’, meaning fighting for truth, threedays ago and has been fasting on…

His comitment and sacrifice has suddenlygalvanized the Indian population

and people arerallying around him all over the country.

There’s a sweet smell in the air!

Violation Re: India has awakened! 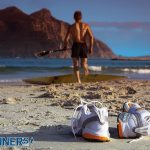