You can have anything you want in life if you dress for it.

Born and raised in California, Head started her career as a Spanish teacher, but was interested in design. After studying at the Chouinard Art School in Los Angeles, Head was hired as a costume sketch artist at Paramount Pictures in 1923. She won acclaim for her design of Dorothy Lamour’s trademark sarong in the 1936 film The Jungle Princess, and became a household name after the Academy Award for Best Costume Design was created in 1948. Head was considered exceptional for her close working relationships with her subjects, with whom she consulted extensively; these included virtually every top female star in Hollywood.

It is a group of people who believe that most of us are suffering from a paralytic state of mind where we just give up!

We believe that motivation is a never ending process.

It is not bound by caste.creed,sex.religion, country, age, profession or for that matter ANYTHING!!

unbelievable amount of talent running through their veins…

We understand the value of motivation and inspiration in one’s life.

Sometimes its just ONE THOUGHT…. ONE MOMENT… ONE INCIDENT… CAN CHANGE YOUR LIFE!! 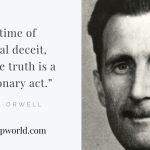 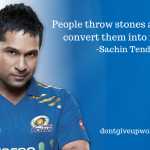