Quote on Feedback by Bill Gates reveals the importance of people, who play the role of critic in our life, for continuous improvement.

We all NEED PEOPLE
who give us FEEDBACK.
That’s how we IMPROVE.

Who Is Bill Gates?

Entrepreneur and businessman Bill Gates and his business partner Paul Allen founded and built the world’s largest software business, Microsoft, through technological innovation, keen business strategy and aggressive business tactics. In the process, Gates became one of the richest men in the world.

Gates was born William Henry Gates III on October 28, 1955, in Seattle, Washington. Gates grew up in an upper-middle-class family with his older sister, Kristianne, and younger sister, Libby. Their father, William H. Gates Sr., was a promising, if somewhat shy, law student when he met his future wife, Mary Maxwell. She was an athletic, outgoing student at the University of Washington, actively involved in student affairs and leadership.

The Gates family atmosphere was warm and close, and all three children were competitive and strive for excellence. Gates showed early signs of competitiveness when he coordinated family athletic games at their summer house on Puget Sound. He also relished in playing board games (Risk was his favorite) and excelled at Monopoly. 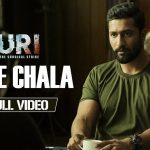 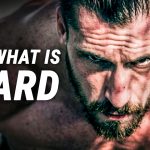