One child, one teacher, one book, one pen can change the world.

Malala Yousafzai was born on July 12, 1997, in Mingora, the largest city in the Swat Valley in what is now the Khyber Pakhtunkhwa Province of Pakistan.

At a very young age, Malala developed a thirst for knowledge. In 2007, when Malala was ten years old, the situation in the Swat Valley rapidly changed for her family and community. By the end of 2008, the Taliban had destroyed some 400 schools.

Determined to go to school and with a firm belief in her right to an education, Malala stood up to the Taliban. In early 2009, Malala started to blog anonymously on the Urdu language site of the British Broadcasting Corporation (BBC).

Malala was 11 years old when she wrote her first BBC diary entry. Under the blog heading “I am afraid,” she described her fear of a full-blown war in her beautiful Swat Valley and her nightmares about being afraid to go to school because of the Taliban.

Her activism resulted in a nomination for the International Children’s Peace Prize in 2011. That same year, she was awarded Pakistan’s National Youth Peace Prize. But, not everyone supported and welcomed her campaign to bring about change in Swat. On the morning of October 9, 2012, 15-year-old Malala Yousafzai was shot by the Taliban.

Seated on a bus heading home from school, Malala was talking with her friends about schoolwork. Two members of the Taliban stopped the bus. A young bearded Talib asked for Malala by name and fired three shots at her. One of the bullets entered and exited her head and lodged in her shoulder. Malala was seriously wounded. That same day, she was airlifted to a Pakistani military hospital in Peshawar and four days later to an intensive care unit in Birmingham, England.

After the shooting, her incredible recovery and return to school resulted in a global outpouring of support for Malala. On July 12, 2013, her 16th birthday, Malala visited New York and spoke at the United Nations. Later that year, she published her first book, an autobiography entitled “I Am Malala: The Girl Who Stood Up for Education and Was Shot by the Taliban.” On October 10, 2013, in acknowledgement of her work, the European Parliament awarded Malala the prestigious Sakharov Prize for Freedom of Thought.

In 2014, through the Malala Fund, the organization she co-founded with her father, Malala traveled to Jordan to meet Syrian refugees, to Kenya to meet young female students, and finally to northern Nigeria for her 17th birthday. In Nigeria, she spoke out in support of the abducted girls who were kidnapped earlier that year by Boko Haram, a terrorist group which, like the Taliban, tries to stop girls from going to school. 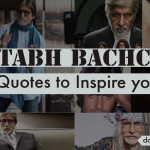 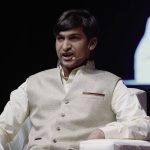