Where there’s a will there’s a way and no one can prove this better than the young Entrepreneur Srikanth Bolla. His Life is a message that If someone is determined to do something, he will find a way to accomplish it regardless of obstacles.

Life of Srikanth Bolla is a story about Passion & Determination. It is a story of conquering all the obstacles. When the world said to him that you can’t do anything, Bolla looked up at the world and say I can do anything

Early Life – Against All Odds

Bolla was born visually impaired at childbirth in Machilipatnam, a city in Andhra Pradesh. His family was mainly dependent on farming. When he was born, his parents, who were earning Rs 20,000 in a year, were advised to get rid of him, but somehow he survived. Despite getting 90% in class 10th, he was not allowed to choose Science stream for 12th; he sued the State Govt, fought for 6 months, and won the case. He scored 98% with Science in 12th.

When he was born, his parents, who were earning Rs 20,000 in a year, were advised to get rid of him, but somehow he survived. When IIT and NIT didn’t give him hall ticket for writing competitive exams, he applied overseas, and got selected best colleges ever created on Earth – MIT, Stanford and Berkeley. He chose Massachusetts Institute of Technology, received a scholarship, and was first International blind student in Brain and Cognitive Science and Business at MIT. 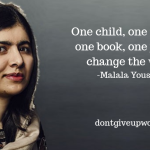 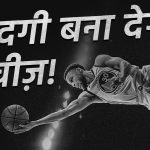