Love yourself & learn to enjoy your own company because If you don’t love your company, nobody else will.

Muniba Mazari Baloch (born 3 March 1987, also known as the Iron Lady of Pakistan[1]) is a Pakistani activist, anchor artist, model, singer and motivational speaker. She became the National Ambassador for UN Women Pakistan after being shortlisted in the 100 Inspirational Women of 2015 by BBC. She also made it to the Forbes 30 under 30 list for 2016.

Mazari is also Pakistan’s first model and anchor who uses a wheelchair. She uses a wheelchair due to injuries sustained in a car accident at the age of 21. She appeared as a host on Hum News’s social show Main Nahi Hum.

Muniba Mazari is of Baloch background, belonging to the tribe of Mazari. She was born in Rahim Yar Khan in southern Punjab on 3rd March, 1987. She has 2 younger brothers. Muniba went to the Army Public School, and later attend the college in her hometown. At the age of 18, before she could complete her studies, she was married to Khurram Shahzad, a former Pakistan Air Force pilot. In 2008, the couple was involved in an accident, which left Muniba paraplegic. The marriage did not last. The couple got separated in August 2014, and eventually divorced in 2015. In 2017, her husband sued her for PKR 10 million on accounts of defamation, and the case was dismissed in January 2018.

She has participated as a motivational speaker on various fronts, with her first break being TED Talks, Islamabad. Some of her notable works as a speaker include: 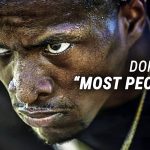 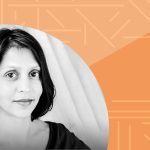