V. G. Siddhartha is an Indian businessman from Karnataka. He is famous as the founder-owner of Cafe Coffee Day, one of India’s largest coffee chains. He comes from a family that has been in the business of coffee plantation for around 140 years. He obtained a master’s degree in economics from Mangalore University, Karnataka. He is married to a daughter of S. M. Krishna, the former Chief Minister of Karnataka. He joined JM Financial Limited in 1983-1984 in Mumbai as a management trainee in Portfolio Management and securities trading on the Indian Stock Market under Vice-Chairman Mahendra Kampani. He was just 24 years then.

After two years with JM Financial Limited, VG Siddhartha returned to Bangalore. His father gave him money to start a business of his choice. VG Siddhartha bought a stock market card for Rs 30,000, along with a company called Sivan Securities, which was renamed in 2000 as Way2wealth Securities Ltd. Its venture capital division came to be known as Global Technology Ventures (GTV).

This was the time when the youth of the internet was crazy. Siddharth took advantage of this and in 1996 opened the first coffee cafe from Bangalore’s Brigade Road with the tagline -A lot can happen over a cup of coffee. He had opened the coffee café with an internet cafe at the time. The youth enjoyed this cafe and it became their favorite hangout spot. Rapidly this concept got popularity, so Siddharth started making the chain of CCD. Today the CCD is the country’s largest coffee chain. There are 1,758 cafes of CCD in India’s 247 cities. In countries like Austria, Karachi, Dubai and the Czech Republic, there are also CCD cafes in India.

Apart from the coffee business, VG Siddhartha has founded a hospitality chain which runs a seven-star resort Serai and Cicada.

However, the speed of the expansion of the CCD has slowed down for the past two years. The company’s debt has also increased. In January this year, the Income Tax Department had seized shares of MindTree owned by Coffee Day Enterprise and VG Siddharth. At the same time, since September 2017, the investigation of the Income Tax department is being investigated against Siddhartha. 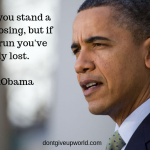 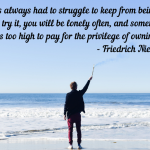