Order and simplification are the first steps towards the mastery of a subject.

Paul Thomas Mann (6 June 1875 – 12 August 1955) was a German novelist, short story writer, social critic, philanthropist, essayist, and the 1929 Nobel Prize in Literature laureate. His highly symbolic and ironic epic novels noted for their insight into the psychology of the artist and the intellectual. His analysis and critique of the European and German soul used modernized versions of German and Biblical stories, as well as the ideas of Johann Wolfgang von Goethe, Friedrich Nietzsche and Arthur Schopenhauer.

Mann was a member of the Hanseatic Mann family and portrayed his family and class in his first novel, Buddenbrooks. His older brother was the radical writer Heinrich Mann and three of Mann’s six children, Erika Mann, Klaus Mann and Golo Mann, also became significant German writers. When Adolf Hitler came to power in 1933, Mann fled to Switzerland. When World War II broke out in 1939, he moved to the United States, then returned to Switzerland in 1952. Mann is one of the best-known exponents of the so-called Exilliteratur, German literature, written in exile by those opposing the Hitler regime.

Paul Thomas Mann was born to a bourgeois family in Lübeck. He was the second son of Thomas Johann Heinrich Mann (a senator) and his wife Júlia da Silva Bruhns. She was a Brazilian woman of German and Portuguese ancestry. She emigrated to Germany with her family when she was seven years old. Mann’s father died in 1891, and after that his trading firm was liquidated. The family subsequently moved to Munich. Mann first studied science at a Lübeck gymnasium (secondary school). He then attended the Ludwig Maximillians University of Munich as well as the Technical University of Munich. There, in preparation for a journalism career, he studied history, economics, art history and literature. 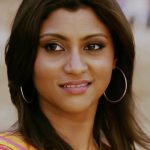 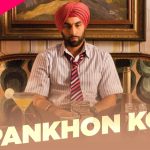