Motivational Quote on Expectation and Training

Archilochus (c. 680–645 BCE) was a Greek lyric poet from the island of Paros in the Archaic period. He is celebrated for his versatile and innovative use of poetic meters, and is the earliest known Greek author to compose almost entirely on the theme of his own emotions and experiences.

Alexandrian scholars included him in their canonic list of iambic poets, along with Semonides and Hipponax, yet ancient commentators also numbered him with Tyrtaeus and Callinus as the possible inventor of the elegy. Modern critics often characterize him simply as a lyric poet. Although his work now only survives in fragments, he was revered by the ancient Greeks as one of their most brilliant authors, able to be mentioned in the same breath as Homer and Hesiod, yet he was also censured by them as the archetypal poet of blame– his invectives were even said to have driven his former fiancée and her father to suicide. He presented himself as a man of few illusions either in war or in love, such as in the following elegy, where discretion is seen to be the better part of valour:

One of the Saians (Thracian tribe) now delights in the shield I discarded
Unwillingly near a bush, for it was perfectly good,
But at least I got myself safely out. Why should I care for that shield?
Let it go. Some other time I’ll find another no worse 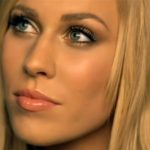 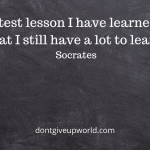