Path of Hope is a quote by Bollywood superstar Shahrukh Khan

Walk on with hope in your heart, and you’ll never walk alone.

Shah Rukh Khan, (born November 2, 1965, Delhi, India), Indian actor known for his powerful screen presence. He was one of the most sought-after Bollywood actors.

After graduating with a bachelor’s degree in economics from Hans Raj College, University of Delhi, and beginning a master’s degree in mass communications, Khan dropped out of academic studies to pursue a career in acting. He entered the film industry through work in theatre and television. His first acting jobs were in television serials such as Fauji (1988) and Circus (1989), which won him instant recognition. His breakthrough movie was Deewana (1992), and it marked the turning point in his acting career.

Shahrukh also met success in comedic roles in films such as Chamatkar (1992), Yes Boss (1997), Duplicate (1998), and Chennai Express (2013). Also noteworthy was his role as the emperor Ashoka in a film he produced, Ashoka the Great (2001). Khan’s later hit movies included Happy New Year (2014), an action-comedy centring on a dance competition, and the crime drama Raees (2017), in which he played a bootlegger.

In 2005 Khan was presented the Padma Shri, one of India’s highest civilian awards. By 2012 he had won 15 Filmfare Awards in various capacities, mainly for best actor. 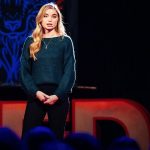 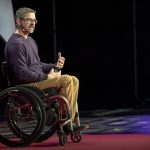