Figuring out what the next big trend is tells us what we should focus on.

Mark Elliot Zuckerberg (born May 14, 1984) is an American media magnate, internet entrepreneur, and philanthropist. He is known for co-founding Facebook, Inc. and serves as its chairman, chief executive officer, and controlling shareholder. He also is a co-founder of the solar sail spacecraft development project Breakthrough Starshot and serve as one of its board members.

Born in White Plains, New York, Zuckerberg attended Harvard University, where he launched the Facebook social networking service from his dormitory room on February 4, 2004, with college roommates Eduardo Saverin, Andrew McCollum, Dustin Moskovitz, and Chris Hughes. Originally launched to select college campuses, the site expanded rapidly and eventually beyond colleges, reaching one billion users by 2012. Zuckerberg took the company public in May 2012 with majority shares. His net worth is estimated to be nearly $54 billion as of March 2020. In 2007, at age 23, he became the world’s youngest self-made billionaire. As of 2019, he is the only person under 50 in the Forbes ten richest people list, and the only one under 40 in the Top 20 Billionaires list.

Since 2010, Time magazine has named Zuckerberg among the 100 wealthiest and most influential people in the world as a part of its Person of the Year award. In December 2016, Zuckerberg was ranked 10th on Forbes list of The World’s Most Powerful People. 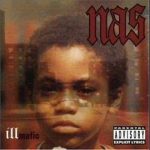 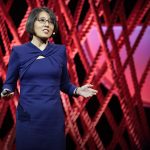