In mid 1500s Akbar the Mughal emperor of India, in his bid to consolidate his empire, had entered into agreements with Rajput kingdoms except that of Mewar. Maharana Pratap of Mewar was defiant and did not want to lose his independence. Frustrated Akbar sent his massive army led by Mansingh (a Rajput too) to take Mewar by force. The two armies met in the battlefield of Haldighati, a small village about 50 KM from Udaipur. On June 18, 1576, a bloody battle took place in which Rana Pratap riding his legendary horse Chetak, displayed such a super-human resolve and valor, that it become forever entrenched in the psyche of Indian people. Haldighati is an epic written by Shri Shyam Narayan Pandey that covers all aspects of this battle. The epic has an amazing grace to it and an electrifying quality that has made it an evergreen classic in Hindi literature. The sheer flow of the narration, choice of words and the gripping rhythm in this epic have few parallels in Hindi literature. In the following piece the poet describes the march of Mughal and Rana Pratap’s armies. – Rajiv K. Saxena

Greetings friends! I am a professional blogger and SEO expert. I have been working with DontGiveUp right from its inception and it has helped me in overcoming all the difficulties that I have ever faced. I am the Head of Operation for Seqel Technologies which is my entrepreneurial startup in Kanpur. I would love to hear back from you. 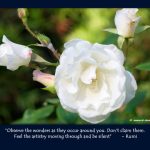