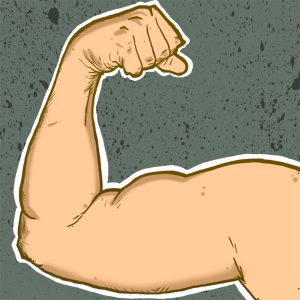 This year’s 15th August dawned a bit different for me. No, don’t hold your breath, no miracles happened, I did not get a holiday from my responsibilities nor did India suddenly jump to world number one, my pride in her notwithstanding! Let me just say, the word Independence acquired a whole new meaning. What must it feel like to have led a dependent life, to have been at a loss to make people take you seriously and to have suddenly been presented with independence and dignity and to be viewed as contributing individuals of the society and not as a burden?

Since January 2011, my husband kept talking about a Corporate Social Responsibility initiative undertaken by Eureka Forbes, which sought to engage and empower the differently abled members of our society. This 31st March 2012, ‘EuroAble’ a state-of-the art call centre set up in association with NASEOH India (National Society for Equal Opportunities for the Handicapped), a unique initiative manned by people with special needs completed one year. On 15th August 2012 all the major newspapers in the country carried an advertisement by EuroAble, offering to assist other companies to achieve what it has achieved in making differently abled members of society a part of the mainstream. And the CRM officials already had calls coming in since early morning.

On 15th August 2012, the Shapoorji Pallonji Group’s top management representatives along with representatives of sister companies under the group chose to celebrate Independence Day in a uniquely different way from elsewhere in the country. Every member of the EuroAble family was present to take part in the proceedings, though it was a national holiday, such is the bond they have with the company. The flag hoisting ceremony and the entertainment thereafter was put together by the members of EuroAble. The national flag unfurled at the hands of the specially-able members of EuroAble, while all the other members of the family looked on. Never have I heard “Bharat Mata ki Jai” or “Vande Mataram” being shouted so boisterously and with such zeal. Never was a programme compered more eloquently or sincerely. Never did original verses have more meaning and lessons. And never was a gathering so enthusiastic and full of life, that the spill over was soaked in by everyone present.

Eureka Forbes has invested its management resources to provide training to these people with special needs right from speaking in English to product training and handling consumer calls. They have been engaged, encouraged, appreciated and valued. The faith in their abilities has given them the determination to perform and deliver and also move ahead. It is a wonderful concept, because it does not give in alms, what can be earned by working. It does not believe in charity triggered by pity, but fair pay for work done.

How equipped are we, who call ourselves normal, to deal with what life throws at us? We crib about small burdens – travelling, cooking, studying or getting up early to be on time at a well-paying job!! We who distinguish between fat, slim, tall and short! We who think independence is being able to do as we like! We who want independence to mean undisciplined, unruly behavior! We who are independent enough to not consider others’ feelings! What really does independence mean to us?

Each employee here has a story to tell, each one has faced life at its worst, yet each one remembers to smile and help each other. Each one remembers to engage and encourage, an appeal being made to the management representatives during the compering of the Independence Day celebration, that the Shapoorji Pallonji Group should expand the EuroAble family to include the deaf, the dumb and the blind. Here’s confirming that “You are indeed Able” and hoping that on 15th August 2013 another milestone in the history of EuroAble will have been reached!

A closet writer, I have rediscovered my passion for writing some time back, and hope time has not already run out! What I lack for in experiences gained from travelling the world, I think, I more than make up through experiences gained from people interactions. My blogs are an attempt to synchronize the modern-day information boom era with the more elevated world of spirituality – of course as I see it!! May not always conform to readers’ views, but then all of us are entitled to their kaleidoscope and each one is right seen from individual perspectives. Some readers have already called my blogs cryptic! All in all, I find writing extremely therapeutic and it gives me immense satisfaction, it signifies my time spent for myself!

I also have a personal blog, which you can view at http://blogs.rediff.com/healingaura/

Also I guest blog for a another website http://passionwriters.com/ 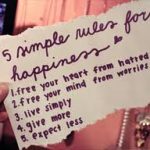 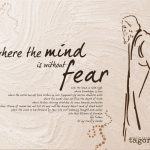