As a young boy, Yashasvi Jaiswal was living with the groundsmen in the Muslim United Club’s tent at the Azad Maidan ground in Mumbai for three years with a dream in mind to play cricket for India. He was 11 years old then.

Six years later, Yashasvi, now 17, is ready to join the under-19 Indian team as a middle order batsman. He is going to join the Indian team for their Sri Lanka tour. Mumbai’s Under-19 coach Satish Samant says Jaiswal has “extraordinary game sense and unflappable focus,” reported The Indian Express.

Moved to Mumbai to pursue cricket

The younger son of a small-time shopkeeper, Yashasvi wanted to move to Mumbai to pursue a career in cricket. His father did not object much as that would mean one less mouth to feed. An uncle, who was in Mumbai requested the owners of Muslim United Club, where he was a manager if the boy could stay in the tent as he had little space in his own house for him.

“This was after I was asked to leave the dairy at Kalbadevi. After playing cricket the entire day, I would get tired and go to sleep. One day, they threw out my luggage saying I do nothing, don’t help them and only sleep,” says Jaiswal.

For three years he struggled, living in the tent. He made sure that the news of his struggle never reached his father, as that would mean an end of his cricket career. Occasionally his father would send him money, but that would never be enough. He would sell panipuri in Azad Maidan and also would sell fruits. On some nights he even went to sleep empty stomach as the people he shared the tent with, would fight and not cook food.

“During Ram Leela, I earned well. I prayed that my teammates would not come there for pani-puri. Sometimes they did and I would feel bad serving them,” he says. He tried his best to keep the money flow constant.

He says he would see boys his age bringing food or their parents bringing them lunch. “As for me, it was — khana khud banao, khud khao. (make your own food, eat alone). No breakfast. Catch hold of anyone around and request them to buy breakfast,” he recalls.

He was then picked up by a new coach, Jwala Singh, who had seen Jaiswal bowl when he was just 12. His bowling impressed him. Mumbai U-19 coach Satish Samant says that Jaiswal would be the next big player.

From tent to a chawl

Jaiswal now stays in a chawl. He says that it is way better than staying in the tent as the tents can get very hot in the summer. The plastic would almost suffocate them. He would sometimes sleep on the ground and not on the sheets but then he would become prone to insect bites.

Asked about the pressures of higher-grade cricket, he scoffs. “You are talking about mental pressure in cricket? I have faced it daily in my life for years. Those have made me strong. Scoring runs is not important. I know I will score and take wickets. For me, whether I get the next meal or not, that’s important,” he says.

DON’T GIVE UP WORLD TEAM congratulates and appreciates Yashasvi’s dedication towards cricket.  We hope he achieves all that he wishes and makes India and his family proud. 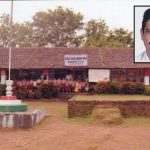 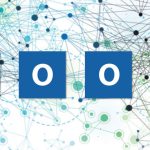