It is often said that determination and will power can make any feat possible. However, for Anand Arnold, these are more than just words. Being India’s first Wheelchair Bodybuilder, he has made dedication and perseverance the limbs that carry him forward and has shown the world that no limitation is great enough to stop him. At the age of fifteen, Arnold’s legs stopped functioning due to the effects of cancer that he was battling.

After waiting for three years after his treatment, he began bodybuilding. Now, at the age of 25, he has thrice won the Mr. India title, has held the Mr. Punjab title eleven times, and won 27 other championships. Along with these achievements, he is also the brand ambassador of HaleLife Nutrition and his biography, titled “Waitless: A True Story of Courage and Determination”, was written by Allen Woodman. Arnold is truly a testimony of the fact that one writes their own destiny and that no obstacle is greater than human determination.

We salute Anand Arnold for his determination and achievements, and for being a great inspiration for all. 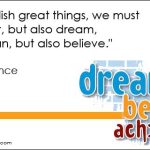 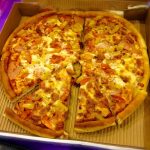