Today is the day to rejoice for the Indian contingent at the Rio Paralympics 2016 as high jumper Mariyappan Thangavelu has clinched the gold medal while his compatriot Varun Singh Bhati bagged the bronze in men’s high jump T-42 event.

While Thangavelu created history by bagging the first-ever gold for the country at paraParalympics high jump with a leap of 1.89 metres, this was Bhati’s personal best of 1.86 metres.

It was the USA’s Sam Grewe who won the silver medal. Another Indian, Sharad Kumar, finished sixth.

The Ministry of Sports had earlier announced that Indian gold medallists from the Paralympic Games will be awarded Rs 75 lakh, the silver medallists will get Rs 50 lakh while Rs 30 lakh will be given to the bronze medallists. 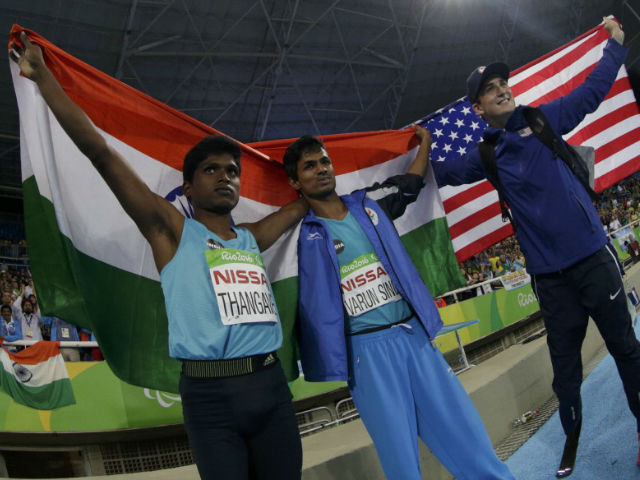 Here are a few things you need to know about the gold-medalist:

– Born in the Periavadamgatti village, 50 km away from Salem, his mother sells vegetable for a living. A few years back, she took a loan of Rs. 3 lacs for his medical treatment which has not been repaid till date.

– While growing up he showed promise in volleyball and played the sport in school despite his condition. It was Mariyappan’s Physical Education instructor who honed his skills in  high  jump.

– When he was five, his right knee was crushed after his right leg came under the wheels on his way to school. That left him with a permanent disability.

– In his first competitive event against able-bodied athletes aged 14, he surprised everybody and came second.

–  His coach Satyanarayana spotted him at the National Para-Athletics Championship when he was just 18. After rigorous training in Bengaluru, he became the World Number 1 in 2015, his first year of senior-level competition.

– Winning is not new to Mariyappan Thangavelu. The Tamil Nadu athlete bagged a gold medal at the IPC Tunisia Grand Prix when he jumped his PB of 1.78m which was enough for him to book a berth at theParalympics. The ‘A’ qualification standard is 1.60m.

– In the Rio Paralympics finals, he fetched the gold finishing with a jump of 1.89m compared to Sam Grewe’s and Varun Bhati’s jump of 1.86m.

– This is the third gold by an Indian in the history of Paralympic Games after swimmer Murlikant Petkar in 1972 and javelin thrower Devendra Jhajharia in 2004.

Don’t Give Up World Team congratulates Thangavelu and Bhati for their magnificent performance. 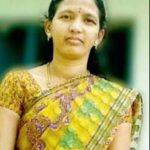 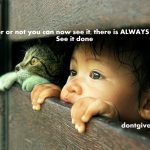