“I give light to others. I don’t care whether I have light in my life or not,” says Nitesh Kumar Mathur from Bihar who is visually impaired and has been making candles since last one year.

Nitesh lost his eyesight when he was 13 and now at the age of 24 he has challenged his disability and has defied all the impediments to making candles and selling them. Making candles doesn’t give him the light but certainly gives him joy.

His other partner Irfan who is also visually impaired helps Nitesh in putting stickers on candles and ties them in definite numbers. Irfan lost one of his eyes in a cataract operation and did not tell his family about it, but gradually he lost his other as well.

Staying at home would depress him, and he wanted to be self-sufficient. He then started working in the candle making factory. Instead of being the burden on parents he came out of his misery and started helping Nitesh.

Nitesh and Irfan are looking for jobs so that they can earn around 8000 to 10,000 to meet daily needs.

The Don’t Give Up World Team salutes them and applauds the efforts of these people who are lighting up people’s lives by being in darkness. 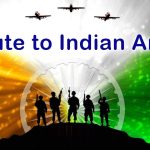 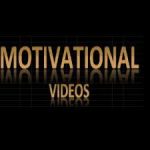