Neetu Sarkar is in the process of bringing down many stereotypes in her country. At the age of 13, she was married off by her parents to a man of 43 who is intellectually disabled, living in the same village in Bhiwani. Sarkar fled from her husband just three days after her marriage, giving a shock to her family. The girl is now married to another man, unemployed, who lives on the hook of his mother. At 14, she gave birth to twins. It is her stepmother who would finance their housing and education for their children. Because of this precarious situation, Sarkar could not think of wrestling for two or three years, but was deeply fascinated to be a part of it.

A difficult decision, “At first, my family would not let me fight and I had to wear a dress when I was struggling,” said Sarkar to Hindustan Times.  She added, “I really wanted to play the sport, however, they married me off, then I had children, but every time I saw a girl fight, I was attracted. I wanted to go see her and ask her what is this sport?”

Sarkar also faced the negative reactions of her native villagers. “People advised my husband not to let me fight but my husband supported me and wanted me to work hard and pursue my dreams.” With his support, Sarkar persevered. Every day, she got up at 3am, walked 90 minutes to reach the village of Rohtak to begin her training at 5:30 am. She was training more than six hours, which of course, has eventually paid off.

Despite all these social and economic difficulties, now aged 21, Sarkar has become a world-class wrestler. This year, she won a silver medal at the Indian Athletics Championships and represented her country at the Junior World Championships in Brazil in August. She says that people’s vision has changed. “Those who yesterday spoke ill of me and of my passion, now they ask me to teach their daughters how to fight.”

The Don’t Give Up World  team is proud of Nitu’s  courage and perseverance despite all odds because of which he has been able to turn around the attitudes of people towards him. It was only because of her  sheer determination that today his colleagues praise his talents and working capacity to the hilt! 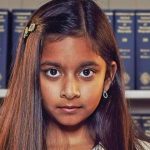 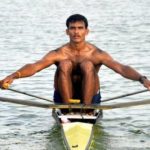