“Anyone who stops learning is old, whether at twenty or eighty. Anyone who keeps learning stays young.” ? Henry Ford.

When we imagine a person in school dress, an image of a teenager comes to our mind, but Durga Kami from Nepal has broken that stereotype.

Durga Kami does touch up to his white beard wearing his school uniform and with his walking stick, walks for over an hour to reach his class. The father of six and grandfather of eight this 68-year-old man decided to go back to school to escape loneliness, after the death of his wife.

Due to poverty he couldn’t study when he was a child, but now he studies in tenth grade at Shree Kala Bhairab Higher Secondary School. Going to school has rekindled his childhood dream to become a teacher.

He lives in a small one-room-house in Syangja, Nepal, the condition of the house is not good as it leaks in the rain and there are frequent power cuts. He uses a torch to study and is regular in his classes. He enjoys the contrast of lonely home and the cacophony of 200 children in the school. He loves playing volleyball with the kids.

Kami wants to study until his death and hopes it would encourage others to ignore the obstacle of age.

“Education is the kindling of a flame, not the filling of a vessel.” ? Socrates

The Don’t  Give Up World Team salutes his spirit to learn; this flame will certainly light up his world and inspire many others. 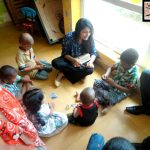 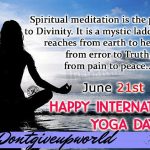