Just like every man Gazi Jalaluddin has also a dream, dream of pursuing a good education degree but fate didn’t turn out well for him instead he was made to beg to be alive. He then made an affirmation that nobody has to beg to be alive and the only way to live is the life through the education. Here is the inspiring story of the school dropout taxi driver who is helping the rural kids living in the Sundarbans of West Bengal to live their life without the struggle he faced.

Gazi Jalaluddin came from a very poor family. His parents were so hand-to-mouth that Gazi had to be pulled out of school at the young age of 7. There was no money for books, a fact that effectively ended the studious kid’s stint in school. Always a bright and eager student, he used to top his class. But his farmer father’s meagre income couldn’t support his dreams. Often, they didn’t even have enough to eat.

This impacted Gazi deeply and he decided to do something for children.He worked day and night to achieve his dream.

From pulling rickshaws during adolescence, he gradually moved to driving cars as he turned 18. He moved his way up and started saving for his ambitious future goal.

Gazi asked for any kind of support possible from villagers; be it books, clothes or medicines. People helped but he wasn’t satisfied.

He wanted to do more and expand his project further. He did everything he could think of. “I asked lot of people in my village if they can donate some land to build a school, but no one agreed, few even laughed at me.

“Refusing to give up hope, Gazi had to make do with whatever he had. He setup classes in his own house and spread the word. He personally urged his fellow villagers to send their kids to the school. But parents were skeptical about its long-term returns. Would they be able to go to college and get jobs someday? Fat chance, they thought. But Gazi remained persuasive.

“They were not ready to send their kids, especially girls to school. I explained to them how they have to run back to the doctor or a literate person to read even simplest things like how to take medicines or how they have to wait for someone to read their letters and would later know that it was very urgent.”Over the years, Gazi started building his little educational empire even more.

He received help from kind passengers. With the help of their donations, he was able to get more land, hire teachers and get mid-day meals for students. In due time, he was able to successfully establish his second school, Sundarban Sikshayatan Mission.

Today, the initiative has expanded to 21 teachers, 4 staff members and 425 students in the two schools.

Still the managing of the schools is very difficult for him because he has to drive taxi and arrange funds from other side to keep school going.

Even though he sought help from the government they have refused it but he’s still fighting on his own dream to provide quality education to the kids and orphans.

Those who wish to contribute financially can donate to his Trust.The banks details are as follows:

Name of the Bank: United Bank of IndiaBranch: 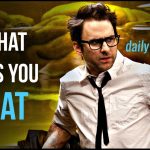