Niranjan, born with Spina Bifida, has overcome severe physical disability to win several national and international medals at his sport.

Niranjan Mukundan is a man who knows a lot about overcoming all odds to achieve his dreams. Born with a condition called Spina Bifida, a physical deformity that involves the incomplete development of the spinal cord, and clubbed feet, he has always been against the practice of making people with disabilities believe that they will lead incomplete lives.

His condition is rare, affecting one in ten lakh children. Throughout his formative years, Niranjan and his parents bore the brunt of societal stigma against people with disabilities, with everyone telling them that their son would never be able to walk or run properly, let alone play any sports. Despite this, they never lost heart.

Here is Niranjan narrating his story:

Niranjan was enrolled into swimming at the advice of his doctor, who believed that it would be helpful in strengthening the muscles of his legs. To everyone’s surprise, he took to the water like a fish and progressed quickly. His coach at the Jayanagar Swimming Pool, John Christopher, spotted his talent and vowed to help him develop further. Niranjan hasn’t looked back ever since. It hasn’t been an easy journey for the young man who is now a star para-swimmer for India.

He has been through 10 major and six minor surgeries since he was just six months old. He’s had to adapt to swimming against international swimmers who were much better built, compared to his diminutive frame. His training often involves more than 5-6 hours of swimming a day, accompanied by gym and attending college. He overcame it all because he was fuelled by his ambition and his desire to show the world that while a disability is a disadvantage, people with disabilities aren’t to be shunned or denied of opportunities to achieve their dreams.

Niranjan has already secured various wins and achieved several accolades in his short career as a para-swimmer so far. Having bagged several medals at the national and international level has helped him reach a rank of World no. 17. In 2014, at the IWAS world junior games in Stoke, Mandeville, U.K. Niranjan bagged a whopping eight medals including three gold, two silver and three bronze.

Don’t Give Up World Team salutes Niranjan’s effort .His  story is a testament to the power of determination and grit. Through his extraordinary story, he has proved that a disability needn’t be a roadblock on the way to achieving success.. 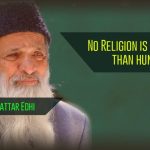