While most children of his age in the country would be preparing themselves for their impending board exams, 14-year-old Harshwardhan Zala sealed a memorandum of understanding (MoU) with Gujarat government at the Vibrant Gujarat Global Summit. He bagged a deal worth Rs 5 crore for the production of his self-designed drone.

Zala struck a deal with the Department of Science and Technology, Government of Gujarat, to facilitate the production of drones that will help in detecting and defusing land mines on war fields.

Zala, a student of 10th standard in Sarvodaya Vidhyamandir in Bapunagar, had been developing his business plan since 2016 and already built three prototypes of the drone.

The idea of this drone came about after Zala learned on television that many soldiers die because of landmine blasts while defusing them manually. He spent Rs 5 lakh on the three prototypes of the drone. While Rs 2 lakh was invested by his parents, the state government granted him Rs 3 lakh. 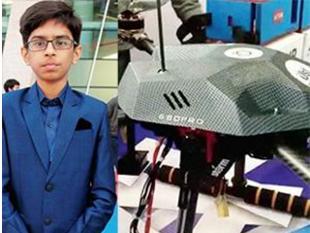 Zala told Times of India, “The drone has been equipped with infrared, RGB sensor and thermal meter along with a 21-megapixel camera with a mechanical shutter that can take high-resolution pictures as well. The drone also carries a bomb weighing 50g that can be used to destroy the landmine.” The drone sends out waves that cover an area of 8 square meters and can fly two feet above the ground.

After setting his company called ‘Aerobotics’, Zala has registered for a patent. He has a lot of ideas for future already which he is going to pursue once the drone gets registered.

Zala has received immense support from his father Pradhyumansinh Zala who is an accountant with a plastic company in Naroda and mother Nishaba Zala, a homemaker. Zala was inspired to patent his product after his visit to the headquarters of Google, Inc. in the US. With this MoU, the teenager has bright future to look forward.

The Don’t Give Up World Team congratulates Zala for his achievement; we wish him all the best for his future endeavours. 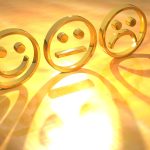 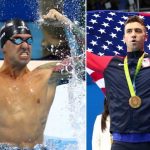